Warning: A non-numeric value encountered in /home/customer/www/agk-design.com/public_html/wp-content/themes/Divi/functions.php on line 5841 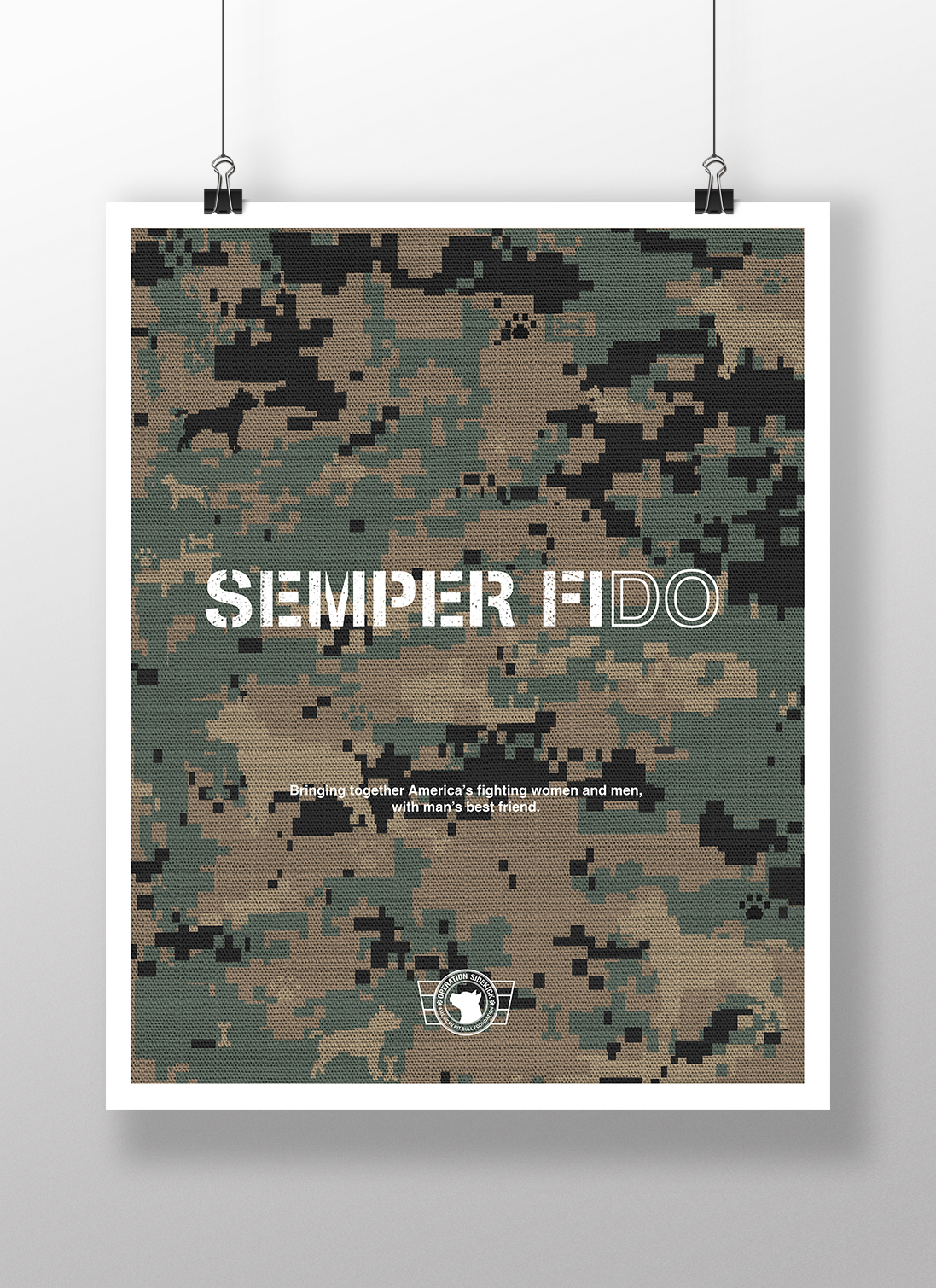 Semper Fido was a poster that grew from an open ended assignment that involved the usage of dogs. In my research, I found the American Pitbull Foundation’s Operation Sidekick project that unites military veterans with pitbull service dogs to overcome PTSD and depression. I wrote the logotype to reinforce this notion of unification by connecting the Marine Corps motto with the name of man’s best friend, both coming from the latin word for Faithful. To show the two groups coming together dog iconography was integrated into Marine camoflauge. This project was awarded a merit in Graphis Talent’s New Talent Annual 2017.